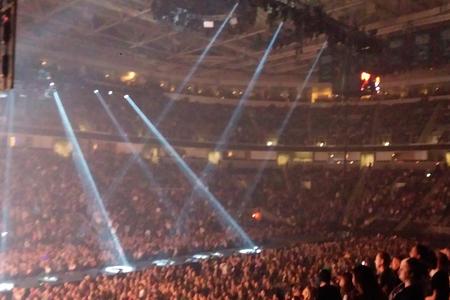 The San Francisco Bay area  is now home to SPL,

SOUN PRESSURE LABORATORY is pushing the state of the art in sound design. No need to upgrade your STUDIOS to an expensive Dolby ATMOS… With SPL’s sound technology you can utilize the existing DTS or standard Dolby systems. SPL systems can be installed in any theatre with only a minor expense. Michael Way is a sound professional that has been working on and creating this completely organic sound field for a Hex aphonic (6) sound system that can be expanded to 360 channels for a completely spherical perspective.

By utilizing the historic Garberville Theatre, Mr. Way has created a 3-D audio experience that needs to be the sound track in your next feature film.  No person in history has utilized the sound field inside a theatre in this way. There is so much to be done with this sound format that cannot be done with Dolby…..That is why Dolby has developed ATMOS because originally Dolby was just a mono stripped signal with some reverb sent to the back of the room. Now they want to destroy the profits of small theaters again and force a complete upgrade at $150,000 for each theatre space, because that’s what they did with Lucas films in the 70’s. This new 6 channel system offered by SPL is not new and can be easily integrated into existing surround format. It is modeled after an SACD (Super Audio CD) which was originally developed by SONY and Yamaha. Mr. Way is in communication with the major Movie Houses and has made hundreds of phone calls to Hollywood and production studios in hopes to generate the synergy to launch this new format.

This new sound format has the ability to utilize live and digital sources as well as reproduce live effects in a cinema setting. It has use for application in theatres, live sound stages, cinemas and even home surround settings. The SACD format was underutilized because the interaction with the musician and the performers could not create the media that was necessary to enhance to format and there was very little music written for this format to do this complication. Pink Floyd released Dark Side of the Moon in 1973. The SACD version was originally released in early 2000 and was re-released in 2010 on a hybrid SACD and may still be the only music that was created properly for a Quadraphonic or multi-phonic sound system.  Michael says one of the shows he is going to produce is the, “Dark Side of the Rainbow” which is the cult following of the thought that Wizard of  Oz and Dark Side of the Moon are synchronized and he will be playing it in the SACD format with discreet audio control.

The show that is currently being produced in Garberville at Sound Pressure Theatre is SPACE JAZZ. This is the concept of SPACE: the distance between two objects, usually empty and characterized by improvisation syncopation and the usually regular forceful rhythm of JAZZ. The show is performed by a series of musicians who perform in tandem with a series of computers linked with a MIDI chain that creates a rhythm section in 3-dimensions in real-time(MCSE). It is accompanied by projection lasers and lights. It is a real Pink Floyd style Psy-rock event…The show is constantly evolving as SPL features a different player every month so it is always a fresh feeling. So many things can be done with this system. It is a new wealth of things for an entire industry to do.

The major R&D was dumped into producing Blu-Ray audio discs which will bring the SPL experience home. The Garberville Theatre has been turned into a 2000 sq. ft. recording studio. It must have been quite a task to be able to capture Blu-Ray audio live, but SPL has done it and can produce it. The "SPHERICAL MUSIC QUEST"  DVD SPHERICL AUDIO should be available in October to celebrate the first year of success. Sound Pressure Labs will be releasing a classical compilation and will also be recreating some of the greatest songs ever recorded in history formatted for 3-D. The catalog will range from the 20’s to current music in all styles and formats. Also a classical guitar release, as well as the Doors of Perception and Space Jazz shows will be in the available in their catalog…..It seems only fitting to accentuate the new video formats with a truly auditory experience. 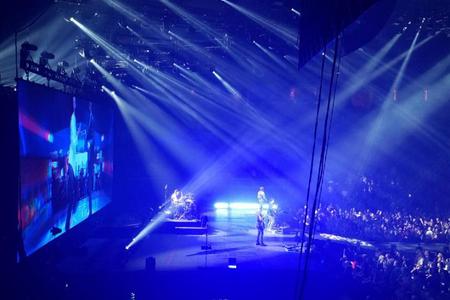 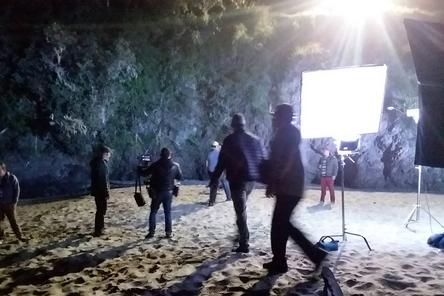 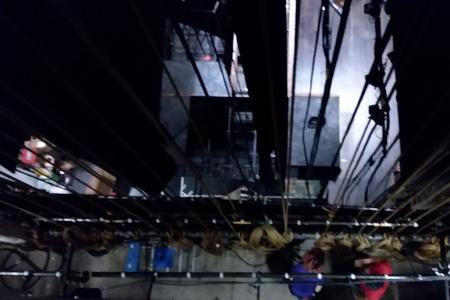 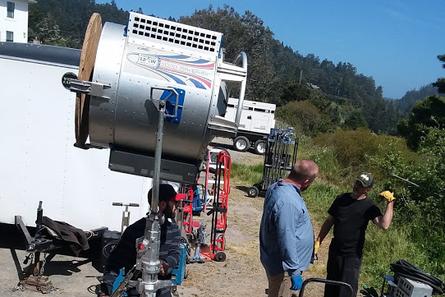 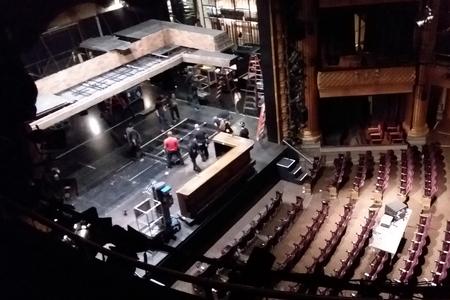